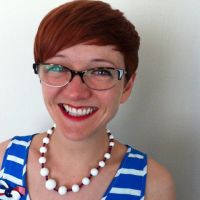 Oxford based illustrator Jo Chambers has been working with the Nuffield Department of Medicine since 2012, as its artist in residence.

Jo’s playful portraits of man’s best friend have been featured in Martha Stewart Living and Modern Dog Magazine, as well as some of the most discerning design blogs in the world.

Her ability to capture the character of her subjects is what attracted the Department to Jo’s work. Commissioned in 2012, Jo has since created a suite of portraits revealing the key personalities behind the Department’s major scientific discoveries and programmes.

“I want to tell stories and create scenarios,” Jo said. “Drawing is always where I begin, using marker pens and fine liners. I like simple lines. I'm not really worried about mistakes, so a rubber is rarely needed. The creation of uncomplicated marks that become things with a personality never fails to win me over.”

Jo’s creations have been met with wonderful feedback from NDM Professors and will soon be revealed in a public exhibition.