Our faculty are exploring new frontiers in China. Below is some information about specific China-based research projects being undertaken by some of our Principal Investigators. 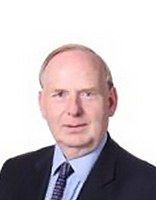 Working across a network of more than 150 hospitals throughout China, ACE is designed to determine whether reducing post-prandial glycaemia with acarbose can reduce cardiovascular-related morbidity and mortality in 7,500 patients with established cardiovascular disease or acute coronary syndrome who have impaired glucose tolerance. Professor Holman is also Joint-Chair of two global cardiovascular outcome studies, the EXenatide Study of Cardiovascular Event Lowering (EXSCEL) and the Trial Evaluating Cardiovascular Outcomes With Sitagliptin (TECOS) trials, both of which are seeking to recruit patients in China. 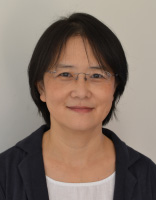 Prof Tao Dong conducts research into infection and immunity with a focus on HIV, Influenza, Hepatitis C and virus-associated carcinomas. She has an extensive network of Chinese medical research institutions with whom she collaborates, including: Beijing Capital Medical University's You An hospital, Beijing Ditan Hospital, Shenyang Medical University; Chinese Centre for Disease Control and XinJiang Medical University(Tumour Hospital). She has two joint laboratories in China: the first carrying out research into Hepatitis and Emerging Infectious Disease at the Beijing You'an Infectious Diseases Hospital and a tumour immunology Lab in Xinjiang Tumour Hospital. 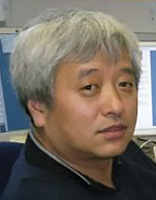 Dr Xu has a number of honorary Professorships from Chinese universities including Capital Medical University, Beijing; China Agriculture University, Beijing; The Third and Forth Military Medical Universities, China. Recently Dr Xu has been pointed as the Head of Novartis Vaccine Research Centre in Shanghai and visiting professor at Oxford. His new appointments will facilitate further Oxford-China collaborations in the field of ID. As an example, the Novartis-Oxford-China (NOC) PhD scheme has been recently initiated, aiming to support China's top talents to pursue their postgraduate study at Oxford University. 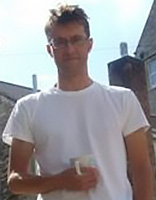 Professor Peter Horby has worked on emerging infections and zoonoses in Southeast Asia since 2003 and over this time has developed a close working relationship with colleagues in the Chinese Centre for Disease Control and Prevention (China CDC). Peter has worked with the Chinese National Influenza Centre on an international study of host genetic susceptibility to highly pathogenic avian influenza A (H5N1) which has included the genotyping of 14 Chinese patients with H5N1 virus infection and 698 samples from control subjects. More recently, Peter has worked with China CDC on an analysis of the clinical features of infection with the newly emerged avian influenza A (H7N9) virus compared to avian influenza A (H5N1), and human influenza A viruses H3N2 and H1N1. Work is ongoing to understand the epidemiology of the zoonotic infection Brucellosis in China, which has experienced a large increase in notified cases. 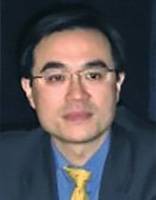 Professor Zhengming Chen is the Director of the China Programme at Oxford University's Clinical Trial Service and Epidemiological Studies Unit (CTSU), which has a nearly 30-year history of collaborating with Chinese medical scientists on large-scale epidemiological studies and clinical trials into causes and treatment of common chronic diseases (such as heart attack, stroke, cancer). In partnership with the Chinese Academy of Medical Sciences, Professor Chen is now leading the Kadoorie Biobank study of more than 500,000 men and women in China, investigating the genetic and environmental causes of major chronic diseases over the next 2-3 decades. He also holds the co-directorship of the China Oxford Centre for International Health Research based at Fuwai Hospital and the China National Heart Centre in Beijing, and honorary professorship of Peking Union Medical College in China. Professor Chen is also Co-Principal Investigator of the HPS2-THRIVE trial which investigates the effects of HDL-cholesterol raising treatment with niacin on the rate of major cardiovascular diseases with 11,000 of the 25,000 participants coming from China. He is also working on other large-scale projects with significant Chinese cohorts, continuing CTSU's longstanding tradition of conducting collaborative research in China.