Re-engineering the DNA binding characteristics of a speciation gene 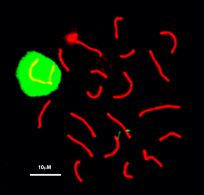 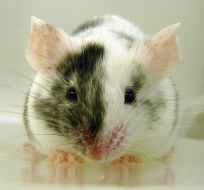 In most species, including humans, all genetic variation is generated by two interlinked processes: mutation, which generates new sequence variants, and recombination, which randomly shuffles mutations into new combinations. This variation undlies the genetic differences in our disease risk, are acted upon by natural selection, and can provide information on our genetic ancestry. Recombination is probably why sexual reproduction exists. It is also essential for human fertility, while errors in recombination can lead to aneuploidy (e.g. trisomy 21) and diseases cause by deletions, or duplications, of large genomic segments. Remarkably, recombination differences between subspecies, alongside mutational differences, have been shown to drive infertility in hybrids, connecting these basic biological processes with the formation of new species, i.e. speciation. Why hybrid infertility occurs is still unknown, but it appears to involve failure of proper pairing - synapsis - of homologous pairs of chromosomes in meiosis.

An interdisciplinary team of researchers at the centre are working together to study recombination and its links to speciation/chromosome pairing, using diverse approaches including genome engineering, statistical genetics, cytogenetics and fertility measurement of mouse models. Team members (in a paper [Myers et al., 2010] recently included within the top 21 achievements of WTCHG researchers, across the 21 years of the centre's existence) previously identified a rapidly evolving gene, PRDM9, at the heart of the recombination process in most mammals, including humans. PRDM9 positions almost all our recombination events, into specific "hotspots", by binding DNA at specific motif sites, and trimethylating nearby histones. More recently, we have generated mice carrying specific genetic manipulations at PRDM9. For example, this has revealed that humanization of the DNA binding domain of PRDM9 rescues fertility in previously sterile hybrids. This project will involve generating and/or analysing genome-wide ChIP-Seq datasets measuring where recombination occurs in mice carrying this and other manipulations at PRDM9. This will allow us to better understand the links between recombination, variation in PRDM9 - whose DNA-binding domain also varies among humans - and infertility and disease.

Alongside direct data generation and analysis, the project will also provide exposure to many additional research approaches, ranging from molecular cell biology and protein biochemistry, through animal models to statistical analysis of genome-wide datasets -  within a unique collaboration forming an interface between experimental biology and statistical genetics.

The DNA-binding protein PRDM9 directs positioning of the double-strand breaks (DSBs) that initiate meiotic recombination in mice and humans. Prdm9 is the only mammalian speciation gene yet identified and is responsible for sterility phenotypes in male hybrids of certain mouse subspecies. To investigate PRDM9 binding and its role in fertility and meiotic recombination, we humanized the DNA-binding domain of PRDM9 in C57BL/6 mice. This change repositions DSB hotspots and completely restores fertility in male hybrids. Here we show that alteration of one Prdm9 allele impacts the behaviour of DSBs controlled by the other allele at chromosome-wide scales. These effects correlate strongly with the degree to which each PRDM9 variant binds both homologues at the DSB sites it controls. Furthermore, higher genome-wide levels of such 'symmetric' PRDM9 binding associate with increasing fertility measures, and comparisons of individual hotspots suggest binding symmetry plays a downstream role in the recombination process. These findings reveal that subspecies-specific degradation of PRDM9 binding sites by meiotic drive, which steadily increases asymmetric PRDM9 binding, has impacts beyond simply changing hotspot positions, and strongly support a direct involvement in hybrid infertility. Because such meiotic drive occurs across mammals, PRDM9 may play a wider, yet transient, role in the early stages of speciation. Hide abstract

Although present in both humans and chimpanzees, recombination hotspots, at which meiotic crossover events cluster, differ markedly in their genomic location between the species. We report that a 13-base pair sequence motif previously associated with the activity of 40% of human hotspots does not function in chimpanzees and is being removed by self-destructive drive in the human lineage. Multiple lines of evidence suggest that the rapidly evolving zinc-finger protein PRDM9 binds to this motif and that sequence changes in the protein may be responsible for hotspot differences between species. The involvement of PRDM9, which causes histone H3 lysine 4 trimethylation, implies that there is a common mechanism for recombination hotspots in eukaryotes but raises questions about what forces have driven such rapid change. Hide abstract

During meiosis, a programmed induction of DNA double-strand breaks (DSBs) leads to the exchange of genetic material between homologous chromosomes. These exchanges increase genome diversity and are essential for proper chromosome segregation at the first meiotic division. Recent findings have highlighted an unexpected molecular control of the distribution of meiotic DSBs in mammals by a rapidly evolving gene, PR domain-containing 9 (PRDM9), and genome-wide analyses have facilitated the characterization of meiotic DSB sites at unprecedented resolution. In addition, the identification of new players in DSB repair processes has allowed the delineation of recombination pathways that have two major outcomes, crossovers and non-crossovers, which have distinct mechanistic roles and consequences for genome evolution. Hide abstract