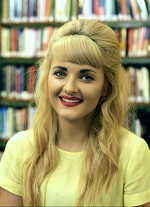 Preposterously, as with many diseases, the prognosis following the acquisition of an HIV infection typically depends on the country in which you happen to be born. However, an effective vaccine would even the playing field.

During my DPhil I have been working on an unconventional Cytomegalovirus-vectored HIV vaccination strategy which elicited unprecedented, sterile immune protection in pre-clinical trials. The extensive repertoire of immune evasion strategies deployed by HIV is thought to have largely accounted for the limited successes of more conventional vaccine approaches trialled over the last few decades.

Remarkably, non-classical MHC-E-restricted CD8+ T cells have been implicated as immune correlates of protection for this unconventional vaccine. I have crystallographically characterised these responses generating six crystal structures of human MHC-E (HLA-E) in complex with various epitopes including the universal, HIV-derived ‘supertope’, RL9HIV (Walters, Lucy C. et al, 2018 Nature Communications). Strikingly, this ‘supertope’ adopts an alternative conformational motif in the HLA-E peptide binding groove resulting in a novel solvent exposure profile with implications for immunogenicity and T cell receptor interaction. This is the first structural evidence that HLA-E can bind and present pathogen-derived peptides to CD8+ T cells as previous structures were crystallised in complex with class I MHC-derived signal peptides. I have also crystallised HLA-E in complex with multiple Mycobacterium tuberculosis epitopes following the identification of non-classical HLA-E-restricted CD8+ T cell responses during active infection.