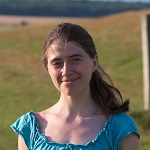 When choosing my undergraduate university degree, I was deciding between computer science and medicine. Both seemed very exciting and rewarding, but in the end, I chose Computer science at the Charles University in Prague (some say that potentially because it was a larger challenge). I never regretted this a byte and the years of study were both fun and enlightening. Even though pure theoretical computer science is incredibly beautiful and elegant, I was attracted to application of computer science in other fields. When I found that Oxford offered an interdisciplinary DPhil between computer science and biomedical sciences, I was excited to have the opportunity to return to the medical research from a different perspective.

Going through the Life Sciences Interface DTC, I moved to the Ludwig Institute of Cancer Research to study a DPhil under the supervision of Dr. Benjamin Schuster-Böckler and Prof. Skirmantas Kriaucionis. I had initially no idea how fortunate I was with the choice of the project, supervisors, and research groups: not only I could work on an interesting project straight away, in a friendly and inspiring environment, but I could also come up with my own ideas and projects, which we eventually pursued further. Even though a bioinformatician, I would say my primary research interests lie in deciphering biological processes and principles. In this respect, cancer research is very rewarding, as while aiming towards a therapy, one can also gain important insight into how healthy cells work.

My work usually entails obtaining different types of sequencing data from thousands of human genomes, analysing the data using clusters of computers, and forming new hypotheses based on the results and previously published literature. One part of my research interests is studying the role of DNA modifications and damage in mutagenesis. In my first project, I researched the mutational properties of 5-hydroxymethylcytosine, a DNA modification brought into spotlight by Prof. Kriaucionis. We have shown it to be associated with low mutability, posing new interesting question as to whether it might play a role in protection of vital organs such as brain from cancer.

In another project, we explored which of the known mutational processes might be modulated by DNA replication. I developed a novel method to quantify the effect of replication-related features on mutational signatures (characteristic patterns of mutation types). The results suggest that DNA replication or replication-associated DNA repair interacts with most mutagenic processes. Moreover, the analysis gave new insights into mechanisms of mutagenicity in multiple signatures. We are currently working towards the development of lab technology which would allow us to test some of the hypotheses we formed.